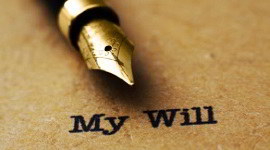 As our society in British Columbia modernizes and grows, there are many more differing family arrangements than the traditional nuclear family envisioned in the post-war era. As our family structures change, legislation must also evolve to recognize these changing arrangements.

Section 60 of the Wills, Estates and Succession Act, recognizes two distinct classes of persons who can challenge a will: spouses and children. Although “children” are not defined in the section, we know that “step” or “bonus” children are excluded from this class unless legally adopted.

On the Adopted Child’s Standing to Vary a Will

In the recent decision of Boer v. Mikaloff, 2017 BCSC 21, Mr. Justice Funt of the British Columbia Supreme Court determined that that an adopted child, who is named as a beneficiary of the will of his birth-mother, does not have standing to vary the will pursuant to section 60 of WESA. In making the determination, the Court made the following comments:

[32] Section 60 of WESA, the wills variation provision, does not “[distinguish] between persons related by birth and persons related by adoption”. Accordingly, the plaintiff’s family relationship to the late Ms. Mikaloff for the purpose of wills variation is determined under s. 37(1) and (5) of the Adoption Act. The plaintiff under these rules became the child of his adoptive parents. The fact that the plaintiff was named beneficiary under the will does not change the analysis.

[34] Plaintiff’s counsel also argues that s. 3(2)(a) of WESA contemplates an adopted child taking “through the will of a pre-adoption parent” and that this language is ambiguous. He says that the phrase is not specifically limited by words he suggests the Legislature could have added such as “and only to the extent provided under the will” if its intent was as argued by the applicant.

The result of this analysis is that the adopted child would have recourse under section 60 of WESA to vary the will of their adopted parents but not their birth-parents even if they are named as a beneficiary by the birth parents.

If you believe that you have been treated unfairly under a will by a spouse or parent, contact the Kushner Law Group today to schedule a consultation.